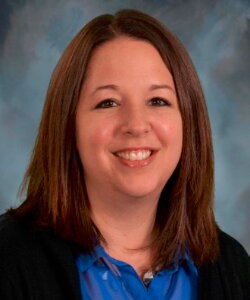 Kari joined the Department of Economics in October 2014, but has been working on the campus since 2005. She previously worked at The Career Center where she managed the student Resource Center and assisted with large events, career/graduate school fairs, and programs.

Kari is honored to be called a "townie". She has enjoyed growing up in the area and taking advantage of all the University has to offer. In 2004 Kari received her Bachelor's from the University of Illinois at Urbana-Champaign, where she studied Psychology. She currently serves as an alumni mentor for the Psychology Ask an Alum program. Kari received her Master's in Counseling from Eastern Illinois University in 2009. She enjoys the relationship she builds with students and connecting them with the many resources on campus.

University of Illinois at Urbana-Champaign
Bachelor of Science in Psychology