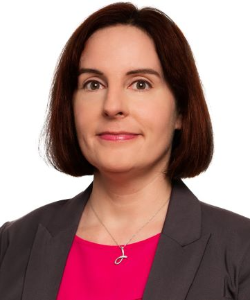 As Associate Director of Undergraduate Studies, Jamie works with advisors, faculty, and staff within the Economics department to support the undergraduate student experience. She has worked in higher education for over fifteen years.

When she’s not working, Jamie loves travel, reading, attending theater and dance shows at Krannert, walking her beagle, and listening to podcasts. 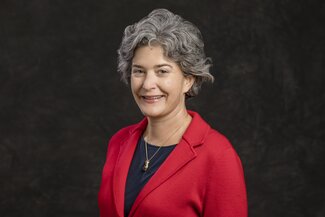 Elizabeth T. Powers is an Associate Professor in the Economics Department. She is also a Partnering Scholar at the Institute of Government & Public Affairs and a Faculty Affiliate of the Family Resiliency Center, both at the University of Illinois at Urbana-Champaign. Prior to her position with the University of Illinois, Dr. Powers worked in the Research Department of the Federal Reserve Bank of Cleveland as an Economist, for the President's Council of Economic Advisers in the George H.W. Bush Administration as a Junior Staff Economist during her Ph.D. program, and for the Economic Research Service of the USDA during college. Dr. Powers received her Ph.D. from the University of Pennsylvania and is a cum laude graduate of Vassar College with departmental distinction in Economics.

Dr. Powers's research focuses on the influence of public policy on well-being across the life-course. Important areas of work include the unintended effects of social policies aimed at single-parent households, persons with disabilities, and the elderly; caregiving in non-familial settings such as daycares and nursing homes; and the caregiving workforce. Her current research interests are focused on child development, including projects on the impact of important family events on children's healthy development; factors influencing how children are parented; and participation of family care providers in the Child and Adult Care Feeding Program. Dr. Powers has also conducted resaerch on the  college pipeline of women economics majors, using an RCT applied to University of Illinois economics undergraduate students.

Dr. Powers has an extensive record of public service. For the past several years she has been responsible for conducting the data analysis for the Illinois Department of Human Service's biannual report to the Federal government, documenting its status in meeting its requirements under the Child Care and Development Blog Grant. Her work on the low-wage caregiving workforce has been cited in the U.S. Supreme Court case Harris v. Quinn. Dr. Powers's declaration on the status of direct care workers in Illinois was cited by the judge as the key evidence in her decision in Ligas v. Norwood, a case brought against the state of Illinois on behalf of individuals with developmental disabilities. 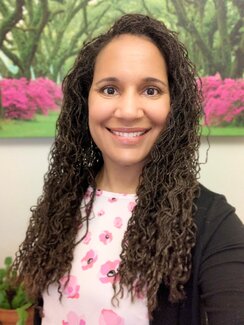 Tosha advises undergraduate students on academic and extracurricular matters within the Economics Department. She keeps students up to date on events and resources, supervises the Economics social media intern, oversees the Tutoring Center and the ECON Honors Program.

Tosha began as an advisor in the department in July 2017. She joins the department after staying home full-time with her children for the past 10 years. Before working on campus, she advised students at Truman College in Chicago for 5 years, and worked for Deloitte Consulting for 3 years.

Tosha received both her Bachelor’s and Master’s Degrees from Illinois State University. She has experience working with International and Multicultural Student Affairs. Tosha really enjoys advising and looks forward to helping students be successful at Illinois.

When she is not advising Tosha enjoys spending time with her family and friends, gardening, and listening to audiobooks. 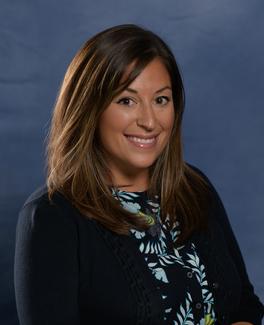 Stefanie advises undergraduate students on academic and extracurricular matters within the department and campus. She keeps students up to date on events and resources, oversees student groups, and works on many experiential learning and development opportunities for students.

Stefanie joined the UIUC community and Economics Undergraduate Team in June of 2013. She oversees the selection, participation, and programming for the Economics Ambassadors, a group of students who represent the Department at various events and who also receive various unique opportunities with alumni. Stefanie serves as the advisor for illini Women in Economics and the Economics Club. She also oversees the hiring and development of the general student intern. If you are interested in getting involved with these groups, please contact her! Stefanie enjoys working with students in a holistic manner and developed an At-Risk student program for the department, this includes students on probation or needing additional academic support. She oversees the alumni mentor and peer mentor networks. She is also the coordinator for major events, the Economics Convocation ceremony in May and the Economics Homecoming celebration in October.

Stefanie graduated in 2009 with a degree in Public Relations and in 2012 from with a master's degree in College Student Personnel Administration, both from Illinois State University . Stefanie loves working with all the wonderful students that the Economics Major brings! 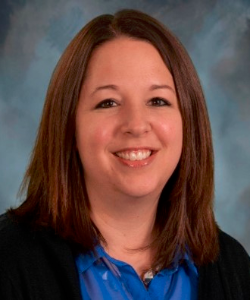 Kari joined the Department of Economics in October 2014, but has been working on the campus since 2005. She previously worked at The Career Center where she managed the student Resource Center and assisted with large events, career/graduate school fairs, and programs.

Kari is honored to be called a "townie". She has enjoyed growing up in the area and taking advantage of all the University has to offer. In 2004 Kari received her Bachelor's from the University of Illinois at Urbana-Champaign, where she studied Psychology. She currently serves as an alumni mentor for the Psychology Ask an Alum program. Kari received her Master's in Counseling from Eastern Illinois University in 2009. She enjoys the relationship she builds with students and connecting them with the many resources on campus. 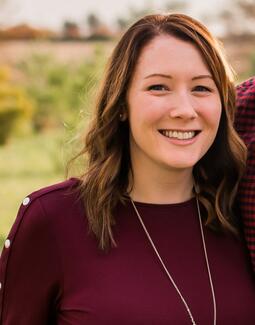 Tara sits at the front desk of the Economics Department and provides support to the Undergraduate Associate Director, Senior Academic Advisors, Assistant Director of Career & Alumni Affairs, and faculty. She is the first point of contact for students and assists by fielding their questions to the appropriate resource or answering them directly. She helps oversee the Econ Ambassador students by co-leading classes and arranging the semester syllabus. In addition to providing student support, she manages day to day office functions and provides reception duties as needed.

Tara received her Bachelor of Science in Organizational Leadership from Millikin University and began working in the banking industry. After nearly a decade in banking, she decided to begin a career in higher education and joined the Economics team in August 2018. Tara will graduate with her Master of Science in College Student Affairs from Eastern Illinois University in May 2023 and hopes to transition to an advising role to offer more holistic support.

Tara moved to the CU in 2015 and loves to call it home. She enjoys spending time at home with her family, reading with her book club, cooking and baseball games. Go Brewers!