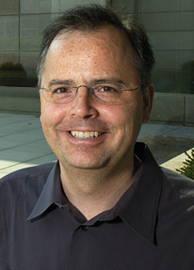 Stole is the David W. Johnson Professor of Economics and the Academic Director of the Executive MBA Program at Chicago Booth School of Business.  He studies strategic pricing, contracts and incentives theory, industrial economics and game theory. Stole’s research has appeared in many leading industry publications. He has made numerous contributions to the theory of strategic price discrimination.

Stole has been awarded several prizes for his research, including an Alfred P. Sloan Research Fellowship, a National Science Foundation Presidential Faculty Fellowship, and an Olin Fellowship in Law and Economics from the Harvard Law School. In the past, he has lectured at MIT, CERGE/Prague, and CES/Munich, and he has served as Editor of the RAND Journal of Economics. He is Co-Director of the Applied Theory Initiative, which he founded in 2009.

Outside of academia, Stole enjoys turning wood, working metal and tinkering with machinery.